The first St. Joseph’s Church, designed by Wilson and Salway (now Palmer and Turner) was built during 1871-73 on Garden Road, Central, to serve the British Roman Catholic community. In 1874, a typhoon destroyed this structure, and the church was rebuilt in 1876 (see main photo). Also see the press clipping below, which relates to the dedication of the first church on Easter Sunday, 1873; the ‘Mr. Newton’ mentioned here was probably the same person who was involved in the purchase and installation of HKG1872 for St. Peter’s (Anglican) Church (which was also designed by Wilson and Salway.) Nothing is known of his (evidently considerable) musical background. Both of these St. Joseph’s (RC) churches likely only had a harmonium for accompanying the choir and soloists until 1919.

Eventually a Blackett and Howden organ, presumably with two manuals (and without reed stops), was  installed in 1919. This organ was “donated by the parishioners as a thanksgiving for peace” after the end of the First World War.

This organ was removed when the second St. Joseph’s Church was torn down in 1966-67. With the pipes and console packed in 19 cases, in early 1972 it was offered to the Hong Kong government with the idea that it could be restored and placed in the City Hall Concert Hall. As this would have required closing the hall for some time, the government at first considered rebuilding it in the as-yet unfinished Cultural Centre in Kowloon (which eventually received a four-manual Rieger, HKG1989), and sat on the project for eight years.

At the end of 1980, after negative reports from German organ builder Detlef Kleuker (1922-88) about options for rebuilding the instrument, it was declared an “unserviceable store” and thrown away. Further details, including the specs, have not yet come to light.

For information about Fr. P. Antonio Riganti PIME (1893-1965), and his organ compositions written while he was serving at St. Joseph’s, see the July 2019 Updates on What’s New. 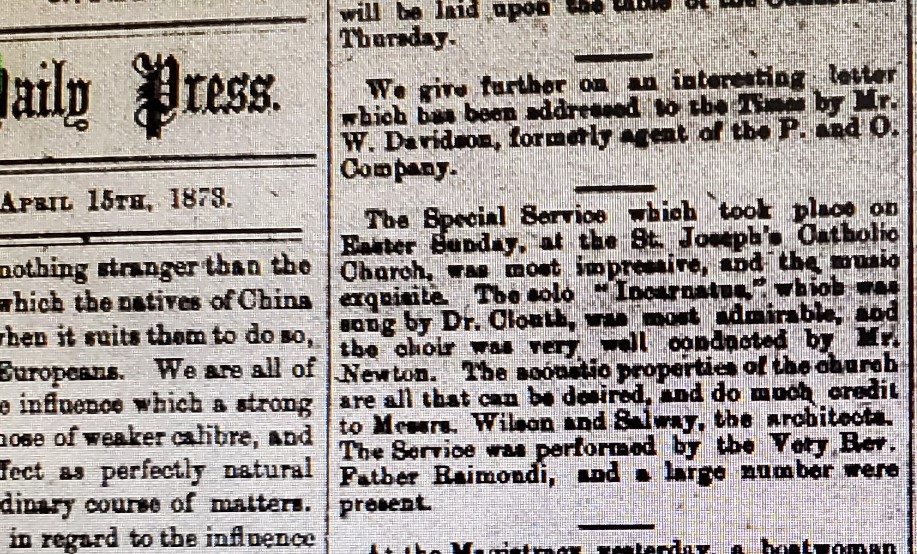 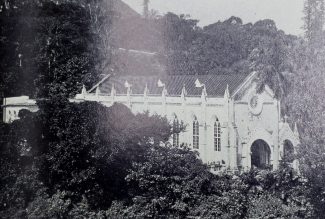