Rosary Church was the first Roman Catholic church on the Kowloon peninsula, and was completed in 1905. In 1933, William Charlton Blackett installed one of his small, stock model organs in the church. The location of the organ is not known for certain, but it appears it was installed in the organ gallery. Other reports place a choir organ on the ground and at the back of the church. The specs were very similar to his later installation in St. Teresa’s Church (HKG1934):

Just when Blackett’s two-manual organ vanished is not known. In 2017 the Project interviewed an elderly lady who told us that she had been the organist of Rosary Church, and that it had a (façade of?) 40 or 50 pipes, and “a ‘big wheel’ behind it that provided the wind.” This comment was quite obscure to the Project, until we inspected another Blackett organ where the large rotary blower was indeed powered by a series of connected wheel drives, rather like the gears of a bicycle. We were also told that “one day she came to the church and found the pipes and other debris out on the sidewalk of Chatham Road.” It seems this occurred at the time of the renovation of the church between 1990 and 1994 (the Project did not survey Hong Kong organs until 1996-97.) The church had also undergone  post-war renovation around 1950 (see photo below.)

In Keys to the Kingdom, this organ is listed as HKG1933. With the subsequent addition of the organ built by Blackett for St. Stephen’s Church in the same year (HKG1933b) an a has been added here on the website. A communication in 2019 also reported a chamber organ at the back of the church at some earlier date. We wonder if this was one of the ‘chapel organs’ built for the Cathedral by G.W. Trice at the time of HKG1888, as nothing further is known about them.

The church has had a Rogers hybrid organ at least since 1996, when it was first surveyed for the Project.  Further information about the church may be found here: http://www.catholicheritage.org.hk/en/catholic_building/rosary_church/index.html 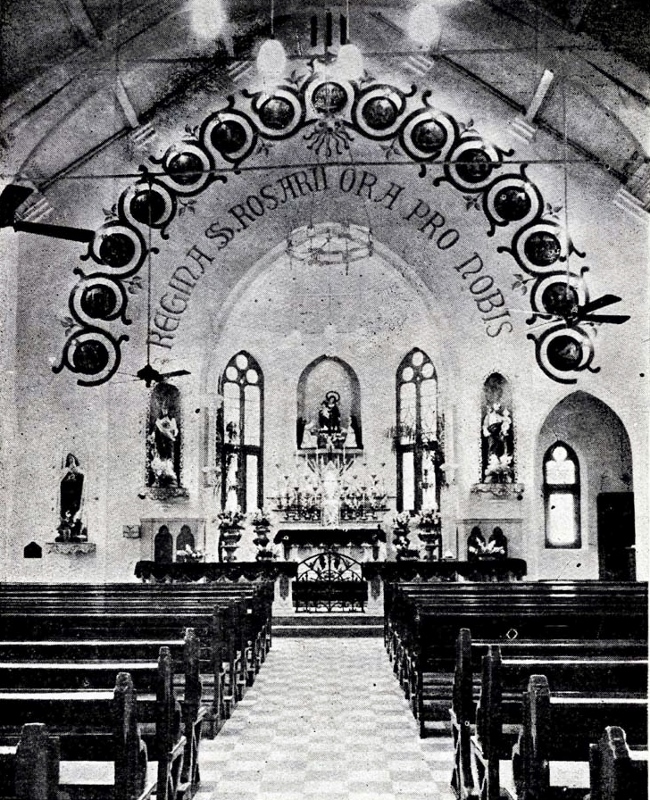 Interior of Rosary Church, ca. 1954, after renovation. The organ may have been removed  at this time. There was another major renovation in the early 1990s. 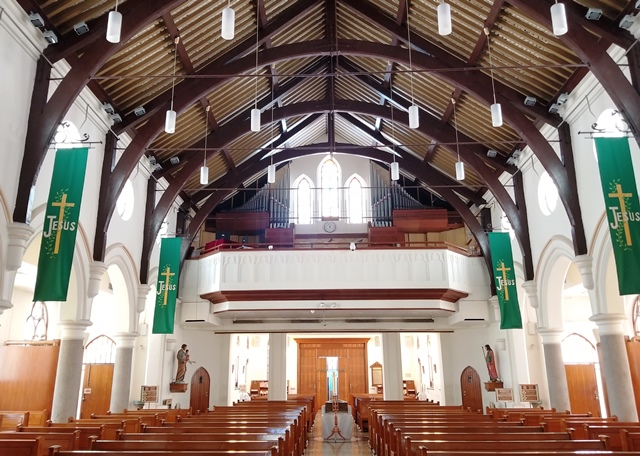 Rosary Chuch, view of the present organ gallery with the present Rodgers hybrid. Recent information obtained in Hong Kong suggests that Blackett’s organ was not placed in this gallery, but on the floor of the church, but the exact location has not been found.