William Charlton Blackett’s final known installation was a II/12 organ for the English Methodist Church on Queen’s Road East. The church was originally built in 1893.

This instrument was probably very similar in design and specs to HKG1927b and HKG1933a. The ‘Makeham Memorial Organ’, it was dedicated on 7 May 1939, and the organist was a Mr. R. Stanfield.

As with most of Blackett’s instruments, it disappeared when the church was sacked and requisitioned during the Japanese Occupation (1941-45). The church itself was torn down in the early 1960s, and replaced by a new building in 1965 (some sources state this was in turn extensively rebuilt in 1975-79). This church building was in turn demolished in 2015, and replaced by a massive office block with some floors allotted to the church. 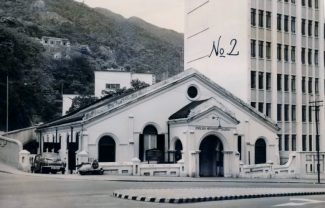