HKG1975 was thought to be the first organ installed anywhere in Mainland China, Hong Kong, or Macau since W.C. Blackett’s HKG1939, and is described as such in Keys to the Kingdom.

Its position has been changed by the discovery that the chamber organ by Seifert in Hong Kong’s Roman Catholic cathedral was already in place by 1973 (see HKG1973). HKG1975 was, however, the first of a series of organs built in Hong Kong in the 1970s and early 1980s by Hans-Detlef Kleuker (1922-88).

An interesting account of the six-year purchasing process and the 1975 installation and dedication of the organ can be found at: bulletin_197501_en.pdf.

The Project would like to thank our colleague, Dr. Anne Lam Cheuk Bun, Chung Chi College, CUHK, for providing the specs and pictures of HKG1975. 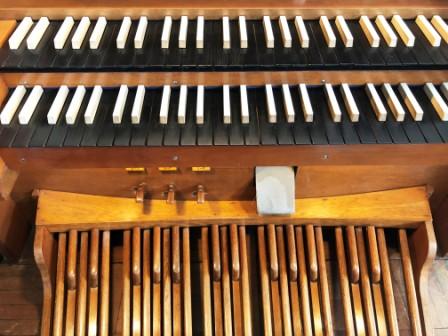 HKG1975, detail of manuals and pedals. 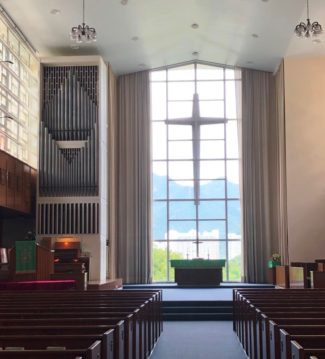