The first (and larger) of two chamber organs built by the Vincentian (Lazarist) Brother Charles Paris (1738-1804) for the Qianlong emperor (see pic).

The Vincentian historian Octave Ferreux claimed in 1963 that these two organs were made for Qianlong’s son, the Jiaqing emperor (ruled 1796-1821.)  But his source was a letter of Paris’ colleague, Joseph Ghislain CM (1751-1813), of 20 October 1804, which mentioned “deux carillons, un petit et un grand orgue”. It appears to the Project that Ferreux mistook the date of the letter for that of construction, as this is the year in which Paris died. The dates given here for his organs is tentatively based on an early letter of 1788, which describes some of the elaborate clocks he had built for Qianlong.

Nothing more is known about either of these organs (for the second organ, see PEK1787b).

Also see What’s New for 20 January 2022, for further details of Paris and his work in Beijing. 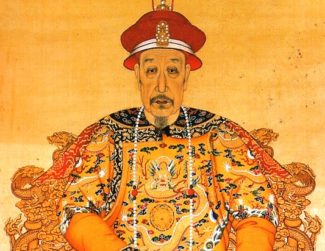