An organ reported by Vincentian historian Octave Ferreux in 1963. He claimed that Alexandre-Jean Provost C.M. (1850-97) built an organ for the  Xitang, itself rebuilt in 1867. But Provost only arrived in Beijing in 1872; so if this is true, then this putative organ in the Xitang (PEK1872) must have been constructed around or perhaps sometime after that date.

Nothing further is known about this organ. Provost was later put in charge of the montage of the three Cavaillé-Coll organs installed in Beijing. See PEK1884, PEK1888, and PEK1890. 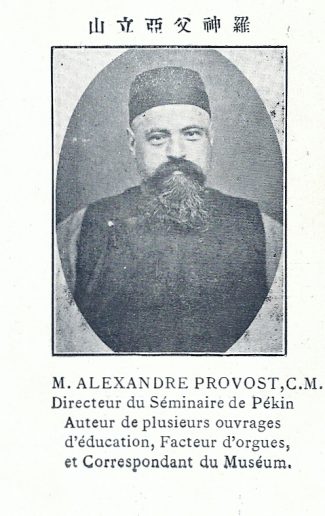