Probably inspired by the Walker (SHA1883a) at Holy Trinity Cathedral, the Union Church in Shanghai acquired a smaller, 18-stop Walker instrument in 1904 (the contract was let 1902, and the organ was finished in 1903, but that shipment was delayed until it could be sent with supplies for the Shanghai Cathedral organ, and probably CAN1904.)

This Non-conformist church was built in 1884-86 and enlarged in 1899 and 1901. There was an organ (or harmonium) in it prior to the Walker, called a “makeshift instrument”, but nothing further is known except that Walker moved it “to the [new] adjacent hall” at the time of the erection of the split-chancel SHA1904. The organ was hand-blown on   3 ¼” wind, with a combination tracker and tubular pneumatic action, and an early concave pedal board.

The organ was dedicated on 11 March 1904, and played by F.L Crompton, organist of Holy Trinity Cathedral.

Union Church was closed after the nationalization movement of the early 1950s, and converted into a ‘research institute for the electric light industry’. It was still functioning as such when first surveyed for the Project in April 1990. By 1998 the building had been abandoned, and then in 2007 there was a catastrophic fire.

The church was demolished in 2009, and in 2010 a partial replica was re-erected about 100 meters down the Soochow Creek, as part of a civic square (the Waitanyuan.) It is sometime used for art exhibitions but has also become (along with Zikawei) a favorite location for wedding photographs. The interpretive plaques around the church make no mention of the fact that it is not the original church building, nor of its change of location. 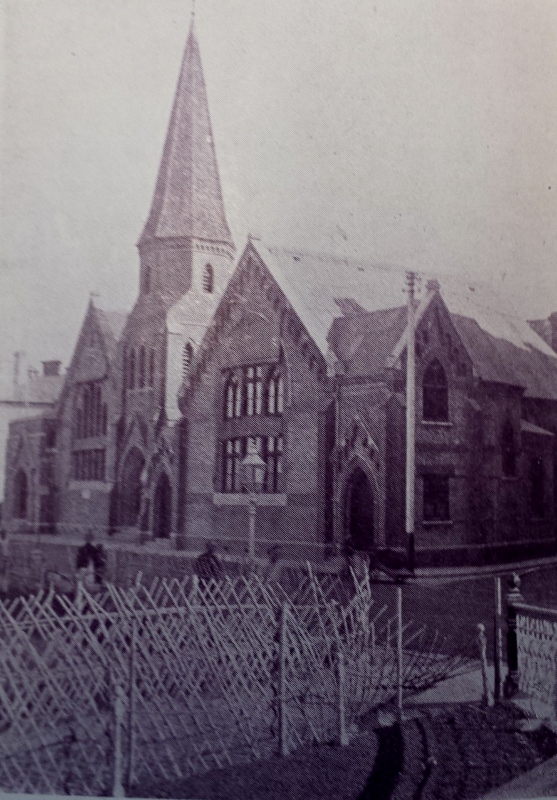 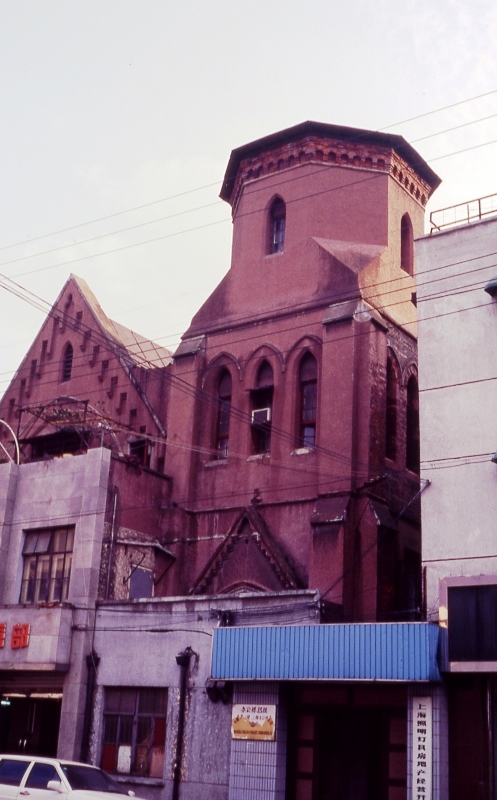 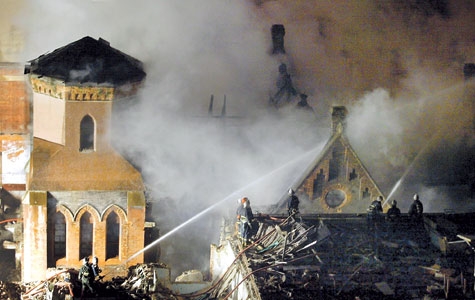 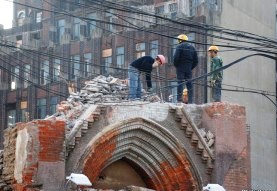 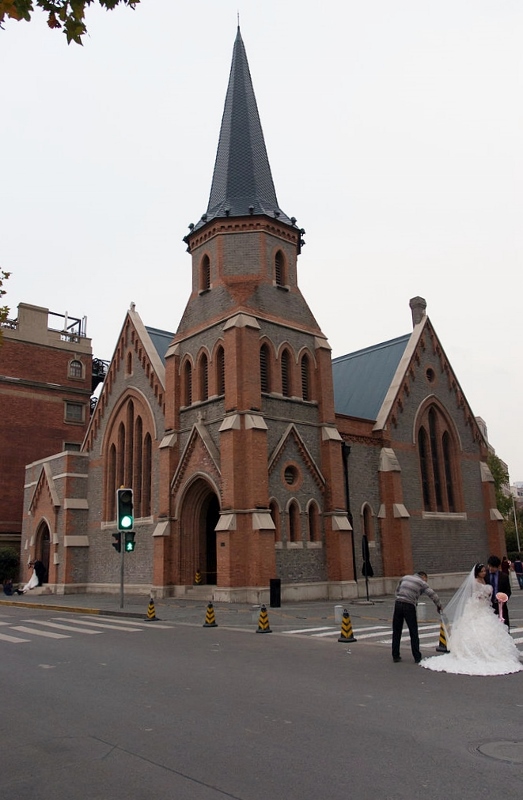 The partial replica of Union Church. 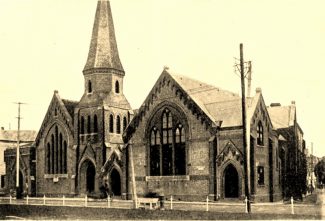