The Pipe Organ in China Project Website: Updates for December 2021.

The page for HKG1931 has been updated with some new anecdotal information about this W.C. Blackett installation.

Casavant has announced that a contract has been let for an “historic restoration” of the two-manual Kimball theater organ in the Auditorium of Peking Union Medical College (PEK1920).

PEK1920 was one of the few theater organs installed in China in the first quarter of the 20th Century (the others documented in the Census were in Shanghai, Hong Kong, and Tianjin.) The Project surveyed what survives of this organ in 2009 and 2010 (see photo below), and has long advocated some sort of re-utilization of the surviving pipework of this instrument in this important building. We were approached by PUMC in the Spring of this year (2021), but heard nothing after the first inquiry, probably because an ‘archeological’ restoration seems pointless to us in the context of 21st Century China. While no details about the rebuilding have been released, it will necessarily involve an entirely new console, blower, generator, and perhaps some sort of digital device to replace the lost roll-playing reproducer. Casavant will work with theater organ specialists J.L. Weiler, Inc., of Chicago (which is where the organ was originally built by Kimball.) They state that there will be 23 stops, utilizing extensions and unitizing of the 10 original ranks (assuming that all are salvageable.)

Casavant has also announced further details of the organ planned for the under-construction concert hall of the China Philharmonic Orchestra in Beijing, first reported by The Project back in April 2019. It is now described as a IV/61 rank organ, with 79 stops and “dual mechanical and electric actions”, designed in “French style” for the futurist-looking hall (see image below, from the builder’s year-end literature.)

Photo of the Month: one of Prof. Urrows’ former students sent us a nice picture of the concert hall of the Beijing Central Conservatory of Music. It was taken this Fall during an erhu doctoral recital, performed here on erhu and yangqin. It also shows, quite unintentionally, the Rodgers Infinity Series 484 hybrid organ installed in the hall. Hybrid instruments like this are not surveyed by The Project (see FAQs), but we are posting it anyway as an example of different aspects of organ culture in Mainland China at the present day. (Our thanks to YM for the photo.)

The Pipe Organ in China Project wishes all our visitors and friends a Merry Christmastide and a Happy (Happier!) New Year. 新年進步! 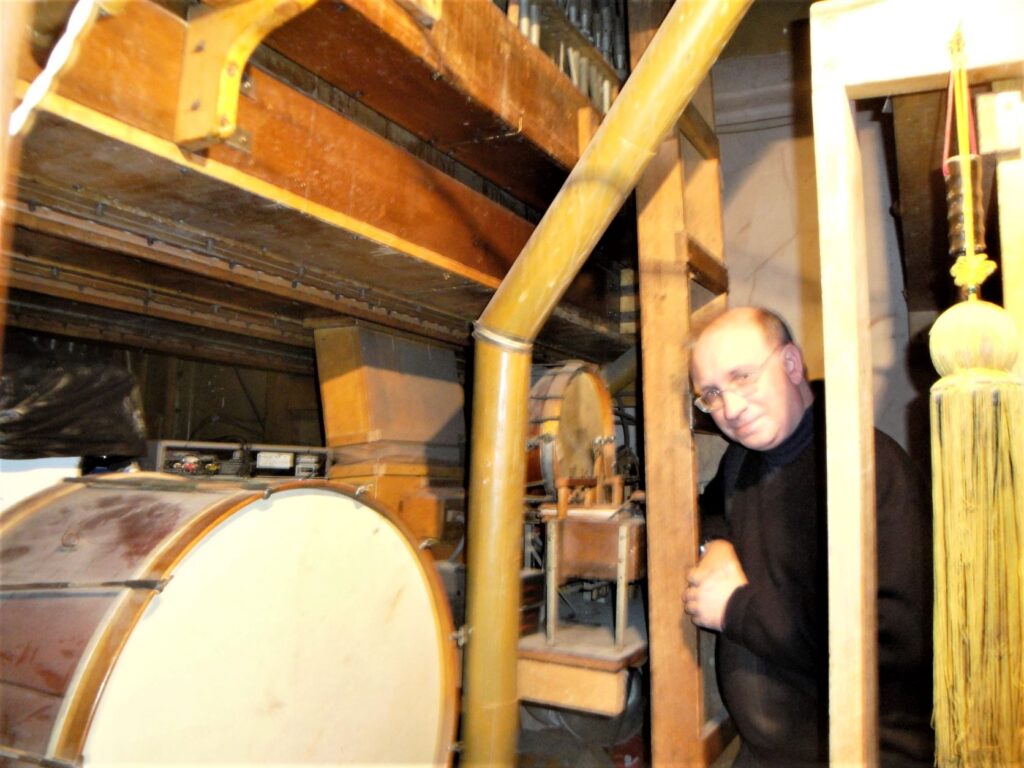 CAD image of the proposed Casavant organ for the new concert hall of the China Philharmonic.