This rebuilding, by William Charlton Blackett of Blackett and Howden, of Bianchetti and Facchetti’s HKG1896 occurred between 1917 (when Blackett arrived in Hong Kong) and 1920/21. It was a large-scale rebuild along the lines of his later work at St. John’s Cathedral (HKG1927a), expanding the organ to three manuals and redistributing the 60 stops, as well replacing the original case, and converting the organ to pneumatic action. Obviously W.C. Blackett must have added new soundboards and wind chests, along with an electric blower, which probably account for the addition of the now-missing ‘flying buttress’ screens on either end (see pic below). The organ was the largest organ ever installed in China, until the IV/93 Rieger in the Hong Kong Cultural Center (HKG1989).

In the 1921 Dictionary of Organs and Organists, the entry for the “Roman Catholic Cathedral” gives “Built by Blackett and Howden. 2 Manuals”. However while this notes the rebuild, it appears to give the old specs of the Facchetti organ. Herbert Westerby (ca. 1865-1949), the British organist, gave the specs as III/60 in his 1927 encyclopedia, The Complete Organ Recitalist. The financial accounts for the Vicariate Apostolic of Hong Kong show that 75 dollars was spent on a harmonium in 1920, suggesting that this served while the organ was under reconstruction.

Blackett overhauled the organ again in 1937-38, due to the deterioration of the organ gallery which had been infested with white ants. No further specifications have survived from either rebuild, but this probably included the addition the now-missing ‘flying buttress’ screens on either end (see pic below).

After World War Two damage, in 1949 an unknown builder made some repairs. Some pipes from the derelict St. John’s Cathedral organ (rebuilt by Blackett in 1937) were donated for this purpose at the time that HKG1927a was dismantled, and other parts and a new console were obtained from Italy. The much-rebuilt organ was still functioning to some extent into the 1960s, but in the early 1970s it was dismantled and discarded, except for the case. It now houses a Rodgers electronic organ.

Some traces of the pneumatic action survive (see photos) 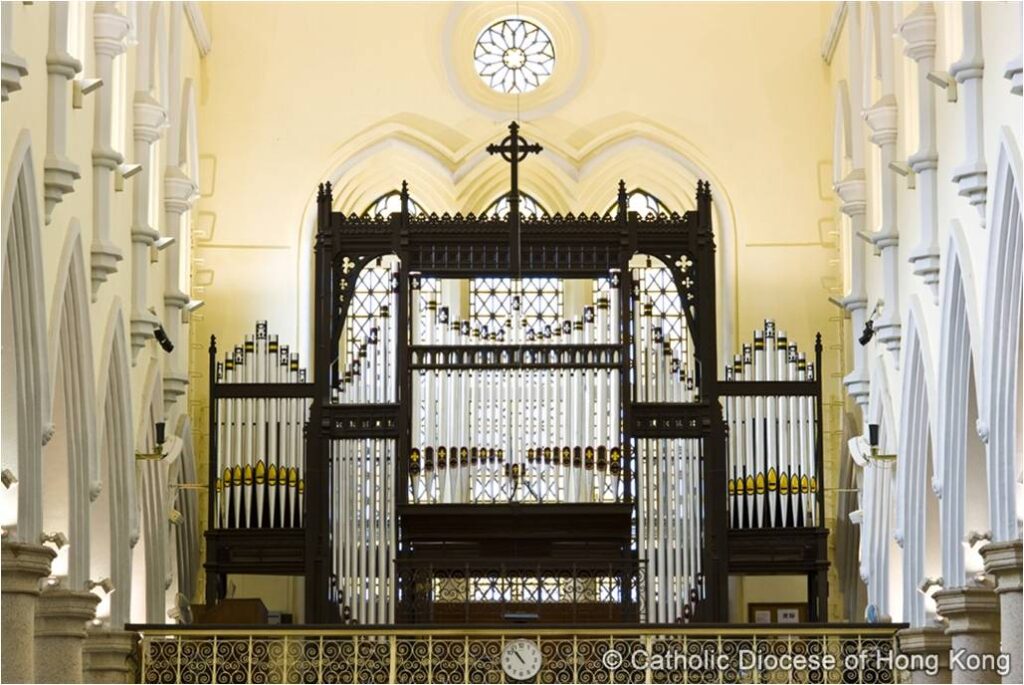 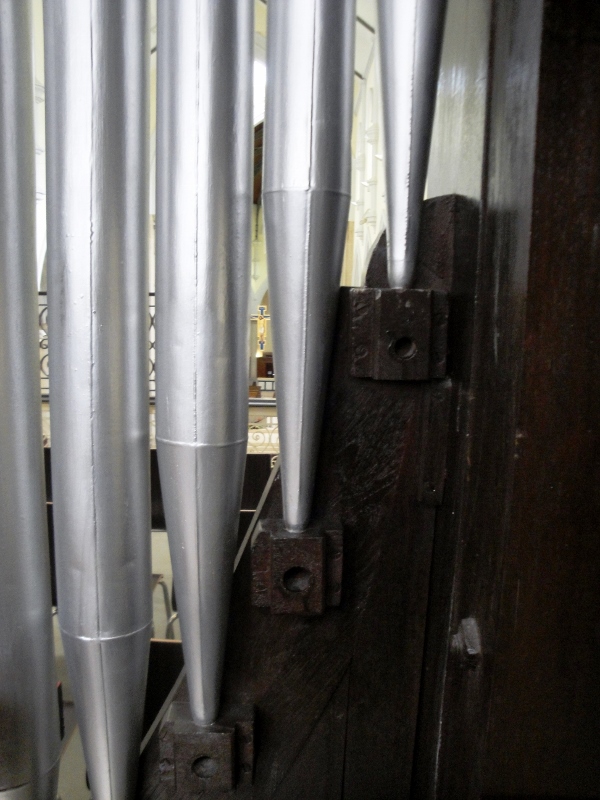 Rodgers dummy pipes fitted into Blackett and Howden’s blocks for the facade, with inlet for pneumatic lead tubing. 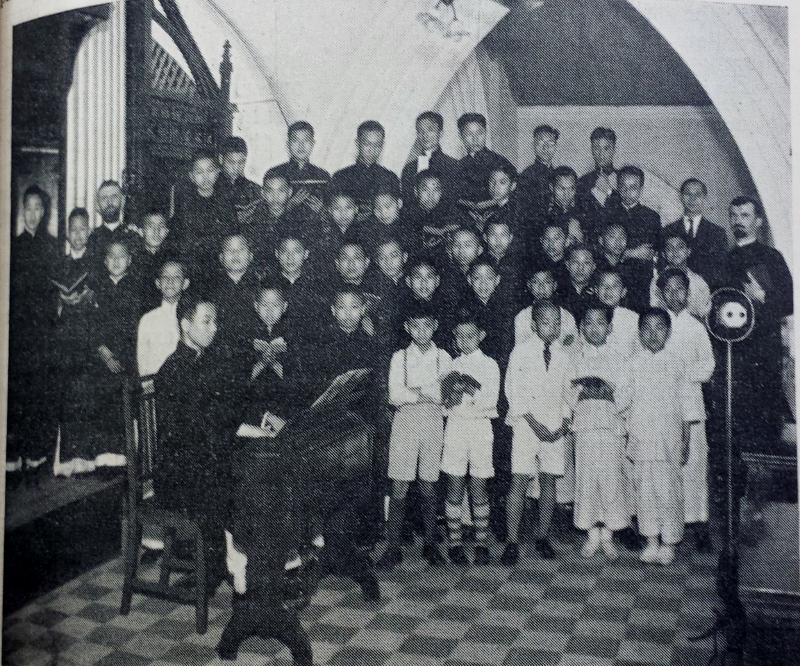 Choir of the Preparatory Seminary in the cantoria during the rebuilding of HKG1921 in 1937/38 (they are in the middle of a radio broadcast.) Notice the ‘flying buttress’ (and no pipes) at the south end of the organ case, which has disappeared today. It is possible that the priest on the extreme right is Fr. Antonio Riganti (1893-1965), well-regarded organist and composer, though the Project has not confirmed this yet. For more on Father Riganti, see the following June 2019 post on What’s New. 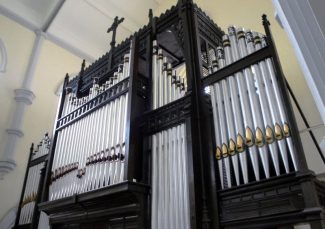