TJN2015a was the third redundant organ known to have been installed in a church in China (after PEK2006 and PEK2012). Although dismantled in Germany and sold in 2015, final installation apparently did not occur until the Fall of 2016; but the Project has decided to keep the original date, since the organ was originally built in the early 1960s anyway.

This two-manual and pedal Feith organ, now in the restored Church or St. Louis in the old French Concession of Tianjin,  was originally built for the Steyler Mission chapel of St. Arnold at Neuenkirchen, near Münster around 1961/62. The mission buildings were demolished in 2016.

The organ was relocated through Instrumente Ladach in Wuppertal. See: http://www.spiegel.de/wirtschaft/unternehmen/saekularisierung-andreas-ladach-handelt-mit-kirchenorgeln-a-1035801.html. (Note that the article in Der Spiegel contains several errors, claiming among other things that the organ was headed to Sichuan province. Instrumente Ladach has confirmed with the Project that this is the organ that was sold to Tianjin.) One writer who has seen the organ reported in later 2016 that “On my visit…two German organ technicians…worked at reassembling a large pipe organ imported from their home country. They had first placed it near the altar, but its size proved too large and a priest instructed them to move it near the entrance.” (Alan Richard Sweeten, China’s Old Churches (Brill, 2019), 212.)

The Project first surveyed the church (exterior only) in 1991 (see TJN1915). The church was returned to the local diocese in 1996, but it was not until 2009 that squatters were removed. It remained derelict until about 2013 when it was renovated by a  Sino-German team, though not restored in a historically accurate manner. Photos of the unrestored church can be found at: http://blog.sina.com.cn/s/blog_4dd901f30100bev3.html. 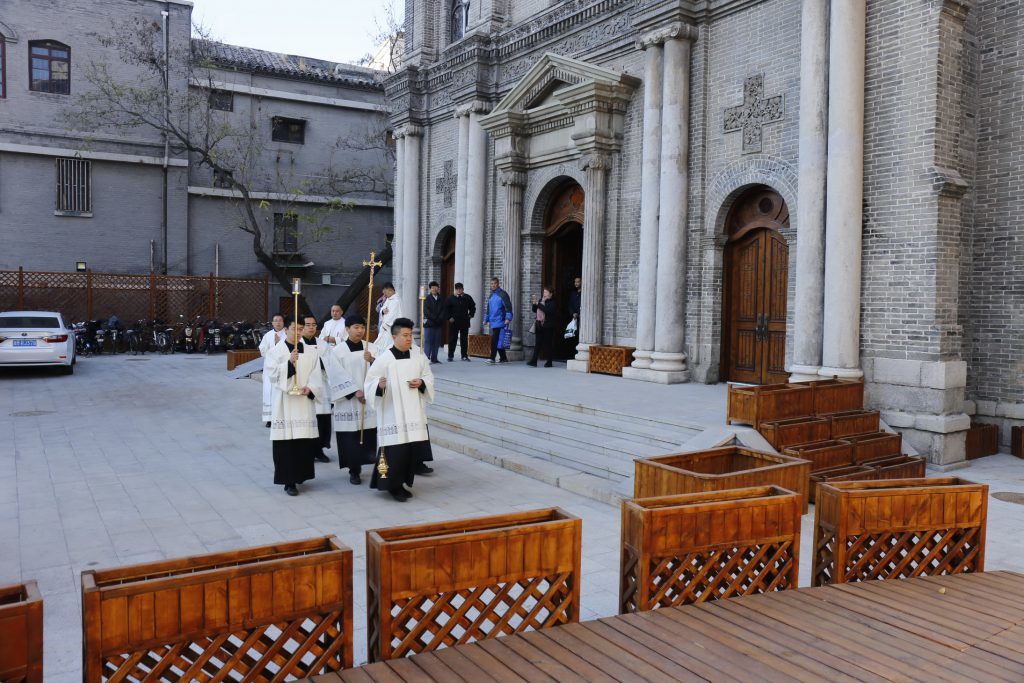 Part of the restored facade of St. Louis, Tianjin. 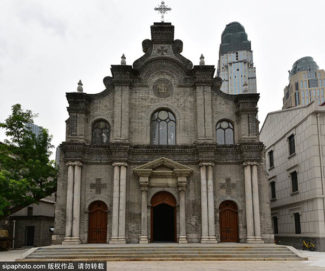