The Pipe Organ in China Project Website: Updates for March 2022.

A newly-authenticated installation, PEK2003, has been added to the Census. Actually, we have known about this little positive organ for some years, but it has only been possible to include it now, despite the fact that it was sold and moved to Taiwan at some point in the past decade.

The entry for PEK2004b has been completely rewritten, as The Project has managed to confirm that this Oberlinger organ is installed the Qinghe Church of the Yanjing Theological Seminary at Haidan in Beijing, and not in a non-existent ‘Nestorian Church’. We are still trying to find the specs. As to how this mistaken location came to be reported elsewhere, we now believe that the church’s name, qing he (清河), meaning Qing River, and which describes the site of the seminary church on the north bank of a canal dug in the 18th Century during the Qing dynasty to link the Old Summer Palace with the ‘Forbidden City’, was somehow mixed up with the Chinese term for the Nestorian faith, the jingjiao (景教, resplendent teaching). This may explain the origins of the confusion.

The entry for PEK2013 has also been updated, based on new data. The specs for MDJ2015 have finally been located and added to the page, and the organ turns out to be significantly smaller than we were led to believe. Minor fixes have also been made to CAN1995a, CAN1995b, SHA2005, PEK2016c, and HKG2016.

We have added a link on the main page (About the Project) to the English-Chinese Glossary of Pipe Organ Terminology. The process of enlarging the secondary photos is also now essentially complete.

Prof. Urrows writes from Hong Kong about the Photos of the Month:

What we have here is the cover, and the first page of a remarkable publication of the French Jesuit mission in Shanghai at the end of the 19th Century. This is the 1892 edition of Chants sacrés, with organ accompaniments and fingerings by Charles de Bussy SJ (1823-1902). This volume was itself an update of an earlier hymnal, Chants sacrés à l’usage des missions, published by the Jesuit mission at Zikawei outside of Shanghai in 1877, and compiled by the musician-missionary, Hippolyte Basuiau SJ (1824-86). Presumably this first edition was intended for singing unaccompanied, or to an improvised accompaniment. After the 1892 edition, it went through two more editions, in 1927, and then in 1934. These later editions included romanizations of the Chinese texts for these chants, songs, and liturgical pieces, reflecting the increasing indigenization of the Roman Catholic church in China outlined in the 1919 apostolic letter, Maximum illud, of Benedict XV.

In addition to chants, such as the two different versions of O salutaris hostia seen at the start (note the 3-voice and 4-voice settings of the first tune), it also includes the first of the Messes royales of the Franco-Flemish composer Henry du Mont (1610-84), the preferred setting of the Ordinary in French Roman Catholic churches well into the first two decades of the 20th Century.

The Project has always focused on instruments, and the people who built them, and has avoided the whole question of repertory as far as possible. But this is a question I am always asked: what did they play on all these organs and harmoniums? Here we have a partial answer. They sang, and the organist accompanied, a particular 19th Century style of chant, known as plain-chant mesuré. This ‘metrical plainchant’ was in part the creation of a notable Jesuit composer and proto-musicologist, Louis Lambillotte (1797-1855, his year of birth is often given incorrectly as 1796, even on Wikipedia). Lambillotte, who had been one of Basuiau’s teachers in Belgium, made an intensive study of neumatic notation in the 1840s, and came to the incorrect—but in the 19th Century understandable—conclusion that the rhythm of plainchant before the 12th Century had been based on regular, duple divisions of a semi-breve. Consequently, all of his numerous publications of the 1850s presented plainchant in duple meter for the most part, accompanied by three-part organ settings, most of which were written by a young César Franck. Although swept away by the Cecilian movement and the publication of the Liber usualis in 1896, plain-chant mesuré was a popular approach to singing chant in the second half the 19th Century and perhaps even later. Its main virtue was that it allowed, at least in theory, the congregation to participate.

I write about this at greater length in my recent book, François Ravary SJ and a Sino-European Musical Culture in Nineteenth-Century Shanghai (CSP, 2021). A book review, written by Alexander Meszler of Syracuse University, has appeared in the April 2022 issue of The American Organist.

What my book doesn’t say, is that the background image on the cover is the first page of the 1892 Chants sacrés. 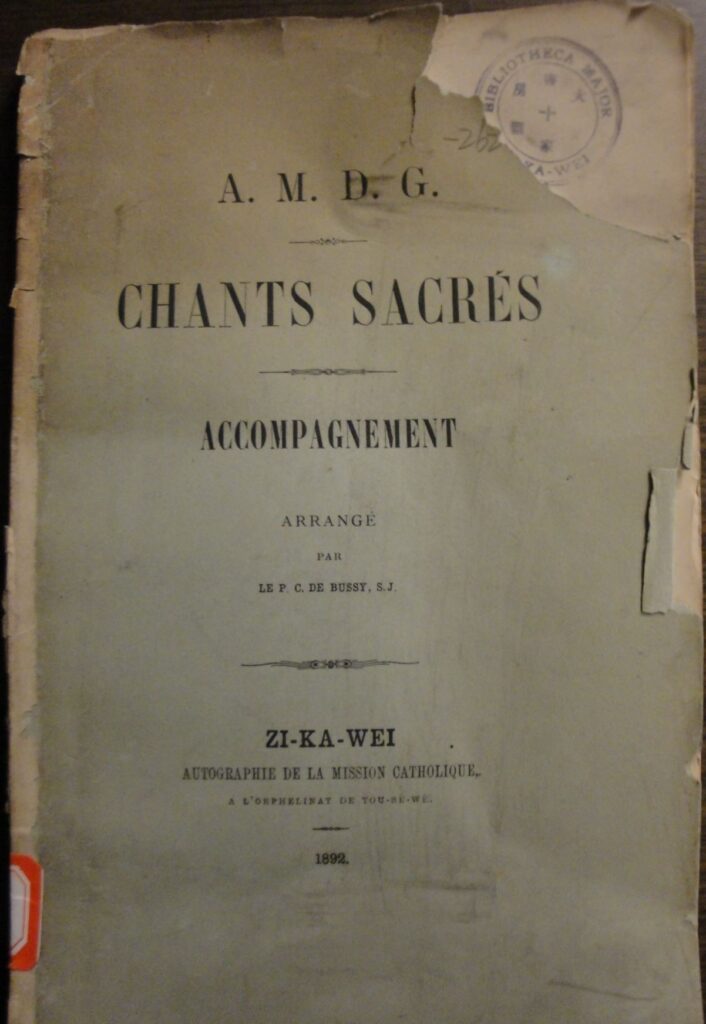 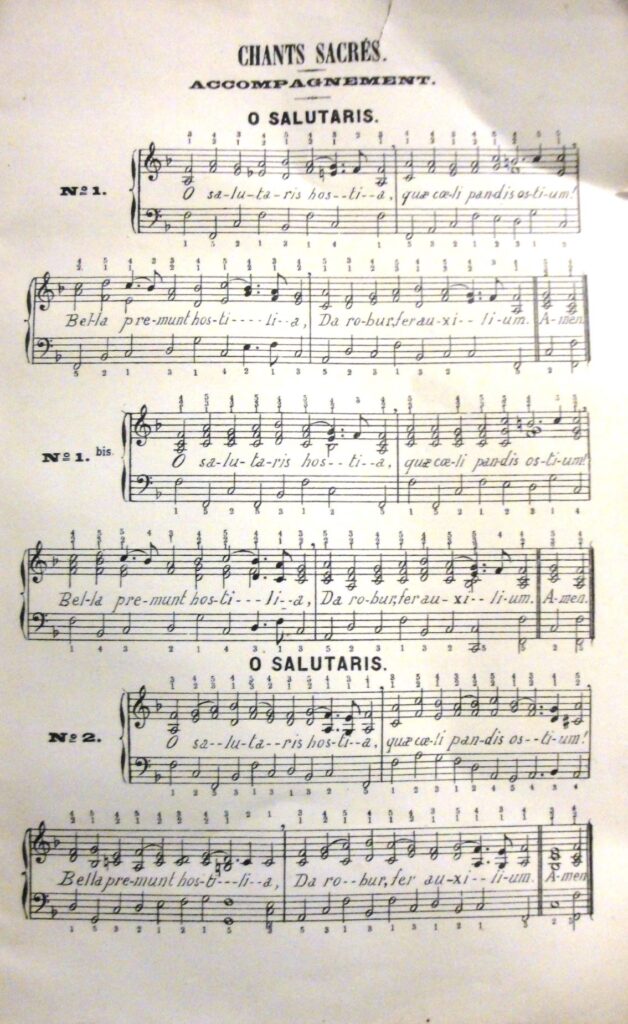