The Pipe Organ in China Project Website: Updates for February 2022.

Picture of the Month: The ruins of the Nantang (南堂, South Church), Beijing, about 1901.

A remarkable photograph of the destruction visited on the 1776 Nantang (the old Cathedral of the Immaculate Conception) on the night of 14/15 June 1900 by the Boxers (compare with the late-nineteenth century photo, taken from the western side of the building.) Since the Résidence (the long, single-story whitewashed building) has been rebuilt (restaurée), this photo is probably from the spring of 1901, before the ruins of the old Cathedral were leveled and building work started on the new church.

The camera’s view is from a point on the city walls (torn down in the 1950s) at the intersection of today’s Xuanwumen Dongdajie, running diagonally along the left side of the photo in front of the cathedral compound, and Weiying Hutong (see the map: the camera’s location is shown by the red diamond, looking approximately WNW.)

The site of the 1904 reconstructed church is approximately the same as the ruins of the anc[ienne] Cathédrale, though some researchers think it is slightly to the south of the original site. The site of the Collège is now occupied by the Beijing Waishi School. The wall in front of the ruins of the church is whitewashed, as must have been erected during the reconstruction of the Résidence to keep people out. The only parts still standing from this image are a small portion the temple-like structure along Xuanwumen at the western end of the property, and the low building to the right of it (see photo from the 1880s).

The Project understands that the Nantang (home to PEK2015a) was closed for “renovations” in December 2018, and it is uncertain when it will reopen. 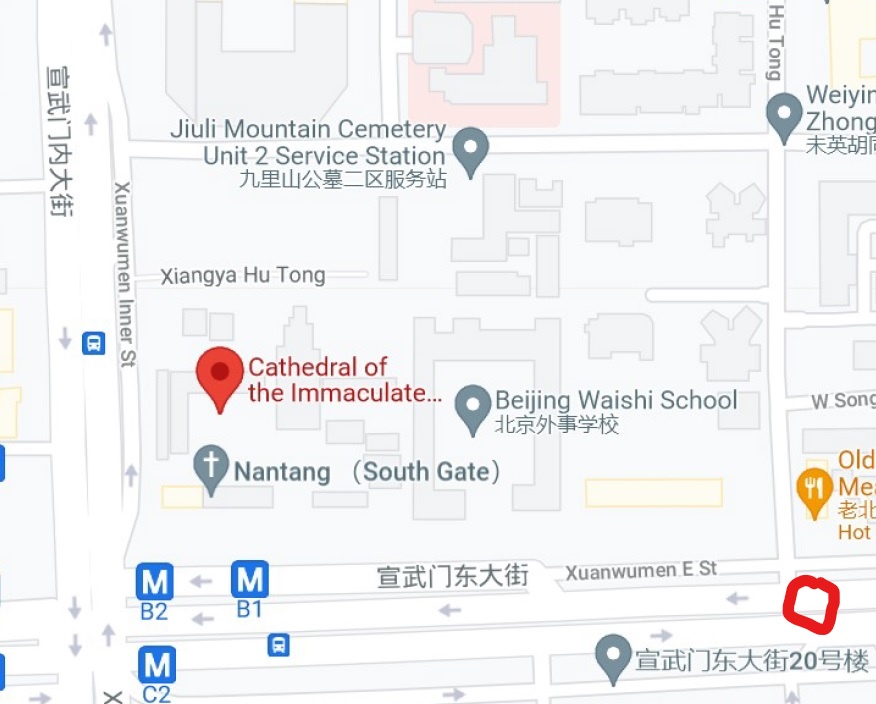 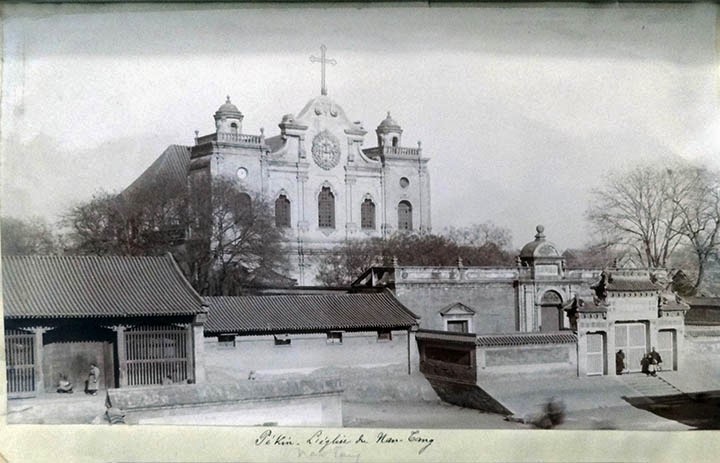