Further Thoughts on some Philippine Pipe Organs in China

In Keys to the Kingdom, at several points I advanced the hypothesis that some of the organs in Macau and southern China in the 17th Century may have been made in and imported from the Philippines. The first of these is FCW1631, the ‘Western qin’ played by Giulio Aleni to a group of excited onlookers on 8 May 1631 at the little mission at Sanshan in Fujian province (see pp. 41-46). Other such instruments are the organs in Madre de Deus (St. Paul’s) Macau (MAC1670, MAC1701, MAC1709, MAC1743a, and MAC1743b), CAN1678, and finally MAC1831, the organ at the Santa Clara convent, which I believe to be a much earlier organ than its date of first mention. The only pipe organ indisputably known to have come from the Philippines to China is CAN1703, which confirms however that the idea that such a trade is at least plausible.

By way of background explanation I wrote several pages on the complex political situation existing at the time between Spain and Portugal, and between both these nations and China, in particular the enclave of Macau which would have been the natural point of entry for most if not all imported instruments. This was despite the more-or-less consistent ban on trade between Macau and Manila at this period (the ‘dual monarchy’ of 1580-1640). My writing was based on data going back to the mid-20th Century, and I mentioned that the hypothetical importation of pipe organs from Manila had to be balanced by “the lack of documentation about these instruments” which “might possibly hang on the fact that no one in Macau was supposed to be trading with the Spanish at Manila (or vice-versa)” during the dual monarchy, “except during an experimental sanction of commerce in 1629, which was quickly rescinded in 1633.” Almost all my sources were thus Macau or Portugal-based.

Recently I have been reading some new analysis of the trade situation and patterns, in particular an article, published by the Instituto Cultural de Macau in 2003 [1], which looks at the problem from Manila and the Spanish point of view. I had read this article while writing Keys to the Kingdom, but lack of space prevented my using it as a source, coupled perhaps with an over-reliance on Portuguese/Macau sources as definitive.

Prof. Seabra has gone through a lot of trade records (many originating in the AGI – Archivo General de Indias) and has come up with some figures that show that during this period “direct trade from Macao to Manila…was maintained on a regular basis, with the annual arrival of a least one Portuguese ship from China.” This is correct, and also noted in my book: this annual arrival was an official government-sponsored ship, and not a private trader. But it is precisely the private cargo trade (which Seabra calls the “private illegal trad[e]”) that would have taken advantage of the opportunity to ship an organ from the Manila  to Macau. This is where Seabra has found new and interesting data. For example, in the period for the hypothetical shipment of FCW1631 from the Philippines to China, Seabra gives the following figures for Portuguese ship arrivals from Macau in Manila:

and then as one would expect

He goes on to quote “annual amounts and percentages of imports subject to tax in Manila.” So, unlike Macau, where there are next to no tax records at all (since no one was supposed to be trading with Manila in the first place) here we find that between 1613 and 1631, Macau imports to Manila (that is, Macau outbound, and not exports back to Macau) varied from between 5 and 36% of all the port tax collected. In 1630 this trade accounted for 35%, amounting to 194,000 ‘Portuguese pesos’ [sic].

Almost all the ships mentioned here had to be private traders, flying the Portuguese flag. If I were a gambler, and believed blindly in my own hypothesis, and if I had to pick a year in which I thought that FCW1631 may have come to China, I would definitely pick 1630 from the list above, based on the number of ships crossing the South China Sea, and the value of their outbound cargo. Seabra’s lists don’t confirm that all these ships returned, or returned safely to Macau (there were sometimes diversions to Macassar, to get around the inbound customs problems.) But it is a new avenue for research on this little corner of the larger topic: where did some of the organs of 17th Century China come from, if they were not built locally? 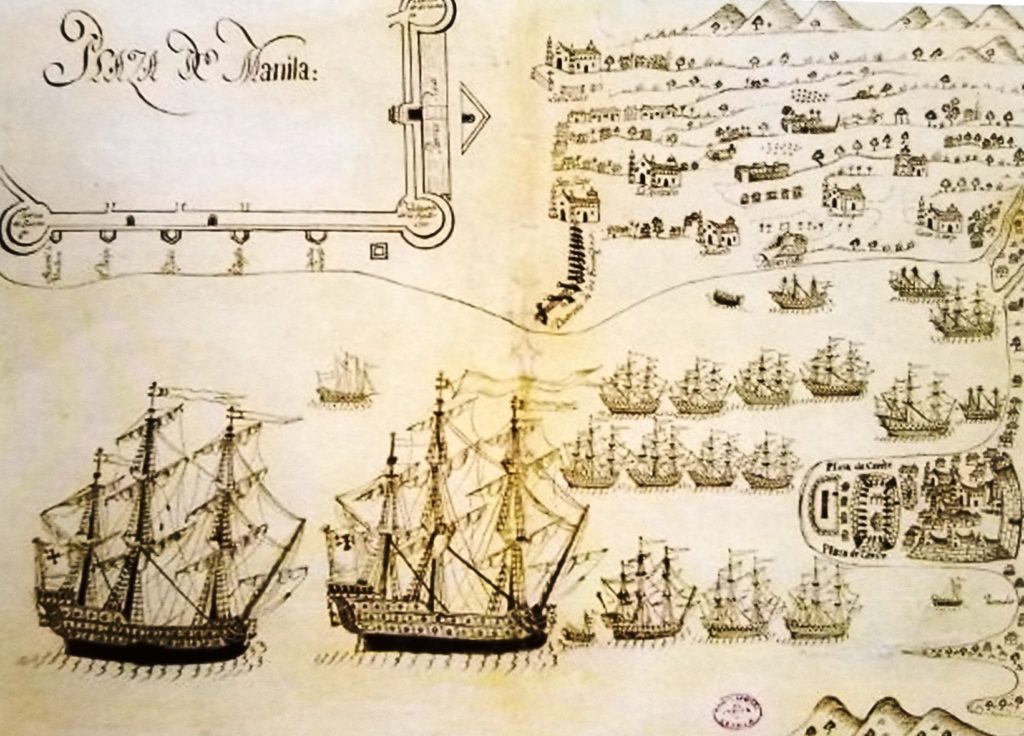